I’ve had some unexpected—and unwanted—visitors this past week.

The first occurred when I let the dogs out one evening for their final outing. A tree frog took the opportunity to hop into the house. Let’s just say he was not easy to catch. Of course, attempting to catch a frog while trying to corral two large boxers is no easy task to begin with. But with a little perseverance, I captured Mr. Tree Frog and released him outside.

Two days later, I’m sitting at my laptop when my dog fixates on a corner in the living room. I get up to see why she’s so laser-focused, but there’s nothing there. The dog remains unconvinced and becomes more agitated. Now I’m wondering what she knows that I don’t know. On the off chance something’s hiding, I angle the furniture away from the wall and find a big, fat lizard, at least 8 inches long.

So, once again I corral the dogs and lock them up. Then I chase the lizard around the house until I catch it. Actually, I caught it 3 times, but it kept escaping. The 4th time was the charm and Mr. Lizard is now enjoying the outside…where he belongs.

Of course, neither of these visitors compares with the alligator who crashed a window to enter a house elsewhere in Florida. Thankfully—and with apologies to that homeowner—I’m glad the gator was not my unwanted visitor #3.

I consider myself to be a lover of nature, but I’m sure you’ll understand when I say some components of nature belong outside and need to remain there.

Which brings me to us…

How do we know where we belong? Or who we belong to?

For Christ-followers, I Corinthians 3:13 tells us Christians belong to Christ. So what we do and where we go should be guided by who we belong to.

Just as a tree frog does not belong in my house, there are places I don’t belong either. This is not about being legalistic, nor is it about isolating ourselves from those who don’t know Christ. It is about making wise choices about my entertainment, the work I do, and the values I espouse. It has everything to do with the books I read, movies I watch, and how I spend my time.

True confession…when I was a new Christian in my early 20s, I was invited to be a bridesmaid for a childhood friend. Her bachelorette party was a girls’ night out at a bar watching men dance and encouraging them with dollar bills—if you know what I mean.

Oh, and I prayed for one more thing. You see, as a fairly new Christian, I had only recently learned about eschatology (theology related to end-times). I was terrified Jesus might return that night. I did not want to be seen coming out of a male dance club to join Jesus in the air!

That embarrassing and convicting evening happened almost 40 years ago, but I remember it as if it were yesterday. And the lesson has stayed with me all these years: don’t go where I don’t belong.

I belong to Christ. My identity is wrapped up in Him. The direction of my thoughts, the words I speak, the things I do, and the places I go are to reflect Who I belong to. That means listening for the prompting of the Holy Spirit to do or go—or not to do or go, rather than following other people. It means understanding that what is okay for someone else, even other Christians, will not always be okay for me.

It also means being willing—and having the courage—to stand alone in obedience to Adonai, the sovereign Lord who purchased me out of the slave market of sin to belong to Him.

StumbleUpon
← Prev: Taking Offense Next: The Relationship Between Worry, Trust, and Eternity →

Are You and I an Odious Odor or Fragrant Aroma?

Odor or Aroma?   My backyard finally smells good again. For the past two months, an odd odor has emanated from...

Beyond the Calling   There’s a lot of talk in Christian circles about being “called,” and rightly so. The Bible... 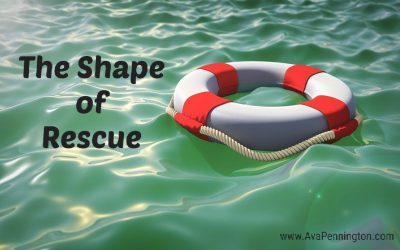 The Shape of Rescue

The Shape of Rescue   What does rescue look like? Rescue doesn’t always appear in the form we expect. That’s...