Autumn is here. Splashes of red, orange, and gold punctuating a green canopy. Falling leaves blanketing lawns. A nip in the air and hot apple cider on the stove (or in the microwave!). Sweaters and scarves become go-to accessories.

Here in south Florida, the only red and orange we see is found in flaming sunsets across blue skies. There might be the occasional falling leaf, but for the most part, the only thing blanketing our lawns are grass clippings from the last mowing. And we’re not quite ready for hot apple cider. Cold water and iced lattes are still the beverages of choice. Sweaters and scarves? Not for another few months, when a “cold front” slips through and the temperature dips into the 50s and 60s.

Things aren’t always what they seem, are they? Autumn in south Florida is less like a different season and more like a cooler version of summer. Yet, if you’ve lived here long enough, you can sense the subtle change in the air. A bit of a breeze. A lessening of the humidity. Of course, there are man-made indications, as well. Children back in school. Halloween displays in the stores and Christmas decorations lurking in the aisles that used to contain patio chairs and barbecue supplies.

People are not always what they seem, either. We make judgments based on assumptions and past experience, often arriving at the wrong conclusion.

The bully in school may be compensating for an alcoholic father. The neighbor who keeps to herself may be afraid for anyone to see her bruises. The coworker who eats lunch alone because he doesn’t want anyone to know that he can’t afford to join his colleagues at the local restaurant.

But God sees what we can’t see, and knows what we don’t know. “For the Lord sees not as man sees: man looks on the outward appearance, but the Lord looks on the heart” (I Samuel 16:7).

The problem isn’t just that we make wrong judgments. It’s also that wrong judgments are made of us. I’ve been misheard, misconstrued, misinterpreted, misunderstood, and misjudged countless times. Still, I have a choice. I can lash out in my hurt, dishing out payback, which I’m sorry to say I’ve done more often than I’d care to admit. Or I can remember I don’t have all the facts and ask God for the ability to view that other person with His perspective.

StumbleUpon
← Prev: Christians and Halloween Next: Lessons from a Weed → 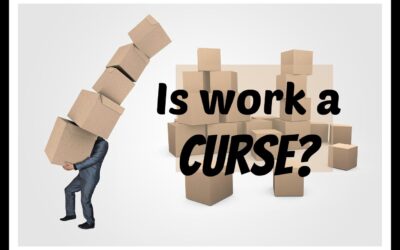 Is Work a Curse or a Blessing?

Is work a curse or a blessing?   It’s all Adam and Eve’s fault. If they hadn’t sinned in the Garden, we wouldn’t...

What’s the Purpose of Freedom?

What’s the Purpose of Freedom?   “Land of the free and home of the brave.”  We sing it as part of our national...

Is there any role in life more under-appreciated than motherhood? I don’t think so. In honor of Mother’s Day this...