It was just a tiny spot recognized by the scan—a little more than a centimeter. But as soon as it was identified, the medical community sprang into action. More scans, tests, chemotherapy, radiation. Months of treatment based on the knowledge that this one spot was small but dangerous. It had to be stopped.

On the other hand, it was just a tiny sin. Perhaps it was a small lie—a fib, really. Or a curse that slipped through your lips—just once. Maybe it was a tv program or movie you saw because, well, everyone was talking about it. No one even noticed. So what’s the big deal?

The big deal is that all too often we don’t view sin in the spiritual realm with the same sense of urgency we view cancer in the physical realm.

Perhaps it’s because the spiritual repercussions are not as obvious. Or maybe it’s because we’ve bought into the lie that consequences are not real. Maybe, just maybe, it’s because we’ve decided it doesn’t matter. After all, if God is a God of love, He’ll let these things slide. Especially since they’re not big sins.

Problem is, both cancer and sin have a lot in common. Both start out small. Both are progressively more difficult to address the longer they’re allowed to grow unchecked. And both will result in catastrophic consequences.

Our culture has sanitized sin. Think about it. How often do you even hear the word sin used today? And when we do hear it spoken, it’s often used as a compliment. This chocolate dessert is sinfully delicious. That cashmere robe is sinfully soft.

Sin is not a compliment. It’s ugly.

Years ago when the movie, The Passion of the Christ was released, many criticized the graphic scenes leading up to and including the crucifixion. Even Christians complained the scenes were unnecessarily severe.

But we forget how severe and ugly sin is—even the smallest sin—in the sight of a holy, perfect God. Sin is serious business to God. Serious enough to require the torturous death experienced by Christ when He took the entire penalty of our sin on Himself.

The Stoning of Stephen

I recently taught on a passage from the book of Acts about Stephen’s stoning at the hands of the religious leaders of his day. I’ve taught this passage several times before, and always identified with Stephen the Spirit-filled Christian who spoke truth to a crowd who did not want to hear truth.

But this occasion was different. For the first time, I saw myself in the crowd of religious leaders who thought they were experts on truth. People who refused to face their own sin.

Of course, I’ve never stoned anyone. Or as Acts 7 describes, “they were furious and gnashed their teeth at him” and “they covered their ears and, yelling at the top of their voices, they all rushed at him” (Acts 7:54, 57 NIV).

No, I’m much more civil about it.

How many times have I excused and rationalized “little” (and big) sins? When have I conveniently avoided certain passages of Scripture because they struck a little too close to home? Or avoided certain people because I didn’t want to hear what they might have to say?

How many times have I been so sure I was right, that I refused to even listen to another perspective? Or when have I ignored the whispers of the Holy Spirit’s prompting because I’d have to respond with a change of mind and a change of behavior, otherwise known as repentance—another old-fashioned word we don’t hear used much today.

I’m ashamed to say, all too often, I bear a closer resemblance to the prideful, self-righteous crowd than to Stephen – a man who, by the power of the Holy Spirit, was simultaneously humble and bold.

How about you? Will you join me in addressing even our “small” sins with the same focus and intentionality we use to address cancer cells in our bodies? Who knows what God might accomplish in and through us if we do!

StumbleUpon
← Prev: Pocketing, Cookie Jarring, and Jesus Next: Allow Children to Be Children →

National Tell the Truth Day   Has telling the truth become an exception? Or is it simply entertaining? The...

Context is King   One of my favorite scenes from The Princess Bride includes a conversation between a character... 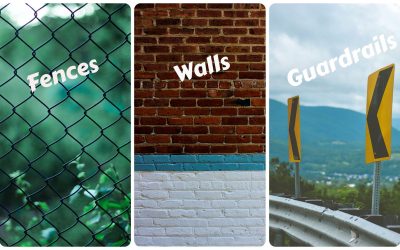 Fences, Walls, or Guardrails?   I’ve been thinking lately about fences, walls, and guardrails, and the way we can...